Since 2014, Cybertech has been the leading networking platform for the cyber industry, organizing industry-related events all around the globe. In Tel Aviv, New York, Rome, Dubai, Tokyo and more, Cybertech conferences and exhibitions serve as the go-to place to learn all about the latest technological innovations and facilitate cyber business.

ELNET France took advantage of the new Cybertech session in Tel Aviv to accompany a group of four French parliamentarians and three experts to Israel for a one-week tailor-made program to improve their understanding of cyber issues.

This delegation was composed of :

Jean-Michel MIS, LREM deputy (presidential majority) of Loiret and vice-president of the study group on cybersecurity and digital sovereignty

Annissa KHEDHER, LREM deputy (presidential majority) of the Rhône and member of the National Defense and Armed Forces Commission,

Dr. Amélie FEREY, doctor at the Center for Security Studies at IFRI

Laure de ROCHEGONDE, expert at the Center for Security Studies at IFRI

Most of the participants have already visited Israel, notably via the July 2020 delegation organized by ELNET France. Our trip took place from Monday, February 28 to Friday, March 3, during which we offered our participants a number of meetings and trips so that they could scan the spectrum of the issue of cybersecurity, cybernetics, etc..

We started our program on Tuesday March 1st with a visit to the Tzifrin base, located south of TelAviv. We were welcomed by a quality speaker in the person of Major Liad Diamon, head of thepublic diplomacy office of the Israeli armed forces, who presented us with a demonstration of acyber attack, the different parameters used to detect and react to a cyber attack as well as theintervention protocol of the different teams mobilized.

Ben Gurion University, founded 50 years ago in Beer-Sheeva, aims to train the brains of tomorrowin cybersecurity. It is one of the few universities in the world to offer a degree program entirelydedicated to cybersecurity. The CyberPark is also the place where the Israeli army has establishedits elite cyber divisions, including the prestigious 8,200 unit and the C4I Corps, which specializesin remote processing. It is worth noting that this cybercampus inspired President Macron to createthe French Cybercampus located in the La Défense area. 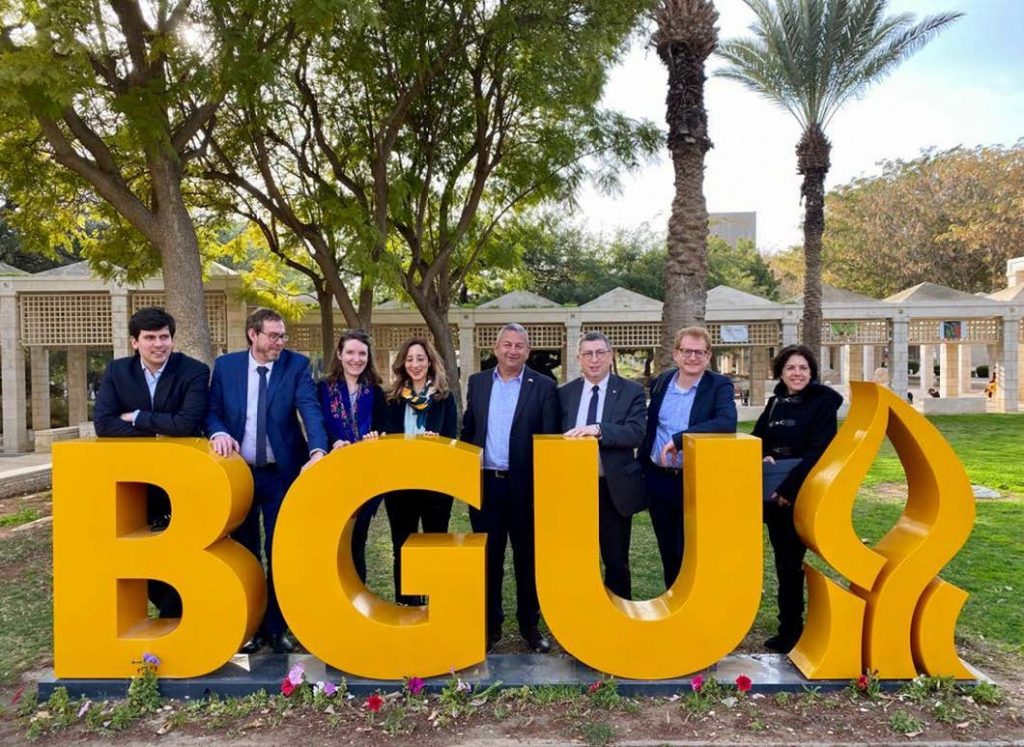 Our delegation met with Prof. Dan BLUMBERG, Vice President for Research and Developmentat Ben Gurion University of the Negev and Director of the Earth and Planetary Image Facility, aremote sensing research laboratory. Prof. BLUMBERG has also published numerous articles inthis field as well as on the subjects of image processing and target detection, and it is on thesesubjects that he proposed a question and answer session to our participants.

We continued with an interview with Mr. Daniel MARTIN, executive director of Cyber 7Community, which aims to create, on the basis of local expertise in cybernetics, expert companiesin this field in Israel and in the world.

Following these meetings, we were received by Thanos MATHIOPOULOUS, business managerof FinSec Innovation, which is a laboratory focused on innovation in the fields of financialtechnologies and cybersecurity. FinSec shares are institutions such as MasterCard Ireland andENEL X who have partnered with the Israeli Innovation Authority, the Israeli National CyberDirectorate and the Israeli Ministry of Finance to create a unique environment to help youngpeople and adapt their solutions to global markets. At FinSec Innovation, ThanosMATHIOPOULOS, is responsible for evaluating startups as well as supporting their training andbusiness development according to the needs of the global market. 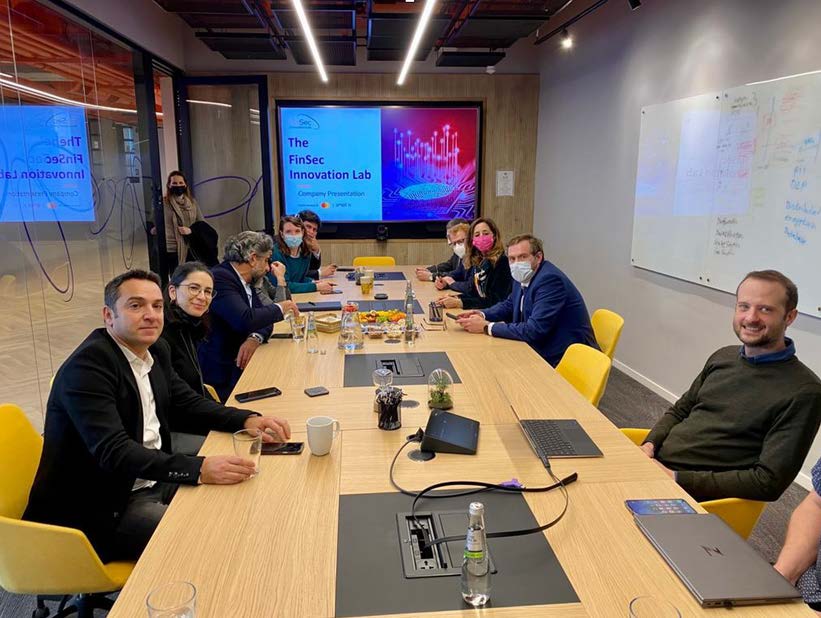 After a quality interview and a visit to CyberLab, a large park where all the cybersecuritycompanies are located, we met with Yossi AVRIAM, deputy director of the Israeli National CyberDirectorate, responsible for all aspects of cyber defense in the civilian sphere, from policy to theimplementation of information management systems. Yossi AVIRAM, presented to ourdelegation the control room of the Israeli cyber defense, heart of the device where in real time aredetected all cyber attacks. Yossi AVIRAM also presented the excellent international collaborationin cyber security and in particular the communication system between the different partnercountries of this coalition.

To close this first day, a working dinner was organized in Tel-Aviv in the presence of Dr.Emmanuel NAVON, professor of international relations at Tel-Aviv University and at the IDCHerzliya. He is also a researcher at the Institute for Strategy and Security in Jerusalem.

The second day began with a visit to the Shimon Peres Center for Peace and Innovation, whosegoal is to work for peace and reconciliation by and for the people of the Middle East. The ShimonPeres Center has conducted a dozen peacebuilding and development projects in the fields ofeducation, sports, medicine, economics and agriculture. All of these projects are conducted jointlywith Arab partner organizations and have proven to be sustainable and successful despite thepolitical and economic situation in the region. The Peres Center was established in 1996 by the 9thIsraeli president and Nobel Peace Prize winner, Mr. Shimon Peres. We had the chance to bereceived in the office of Shimon Peres, a moving and symbolic moment that marked our entiredelegation.

At the end of this visit, we went to the Cybertech conference, an essential meeting initiated byAmir Rapaport, during which Philippe Latombe spoke in a panel discussion on internationalcollaboration in cybernetics. It was an opportunity to initiate exchanges between France and Israeland to consider short, medium and long term partnerships in the field of cyber security. 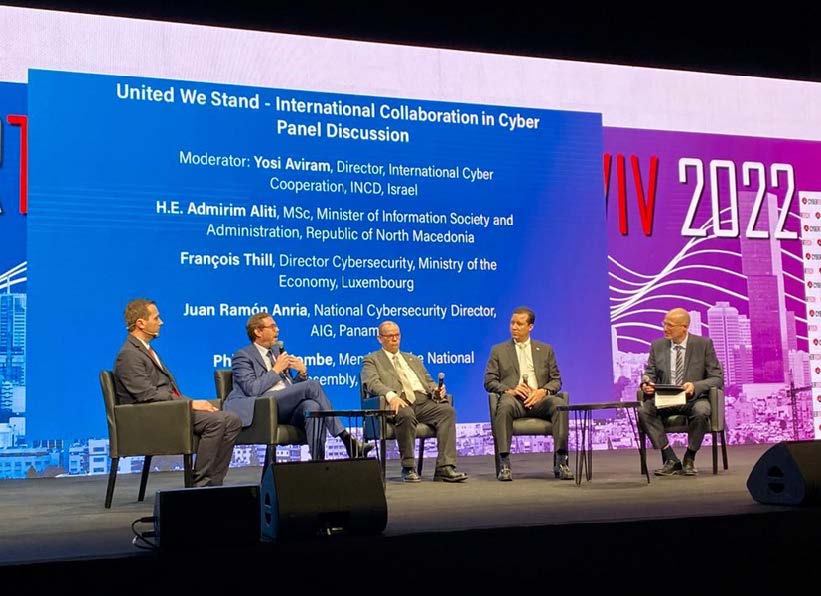 In the early afternoon we attended a briefing of about 30 minutes that was given by multinationalcompanies on intelligence and threats. At the end of this briefing, a meeting was organized withYochai COREM, CEO of Cyberint which works to protect against digital risks and threatintelligence. Cyberint aims to protect companies against cyber threats and carries out a permanentwatch of threats that these companies may face by offering protection solutions in case of attacks.

We were also able to meet with Amir RAPAPORT, founder of Cybertech, with whom ourparticipants were able to discuss specific cybernetics and cybersecurity issues. This veryinstructive exchange ended with a cocktail in CyberTech’s lounges.

To close this second day, a dinner was organized with Guy-Philippe GOLDSTEIN, lecturer atthe School of Economic Warfare who inspired the Israeli policy in cybersecurity and DanielSAADA, former Ambassador of Israel in France. This informal moment allowed our participantsto exchange on the policies carried out in France and in Israel on the subjects of cybersecurity andto evoke tracks of partnerships to reinforce the relation between France and Israel

For the last day, we were received for a breakfast / briefing by H.E. Mr. Eric DANON,Ambassador of France in Israel for a review of the state of French-Israeli relations and theupcoming political events. Before heading to the airport, we ended our working week with a visitto the national central startup which is the largest discovery platform of Israeli innovators thatconnects companies, governments and institutions with Israeli startups. This visit was made in thecompany of Jeremy KLETZKINE, vice-president of the Startup national central 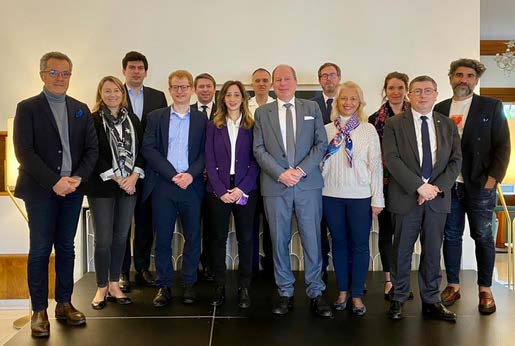 Meeting with Eric Danon, Ambassador of French to Israël

CONCLUSION OF THE VISIT

This week-long visit, rich in meetings, allowed our participants to discover Israel under anotherprism and to better understand the Israeli model in terms of cybersecurity.

All the participants expressed their wish to continue their collaboration with ELNET in Paris inorder to pursue the initiated exchanges and to build new partnerships with Israel.

Indeed, the idea of developing partnerships between the CyberPark and the CyberLab of BeerSheva and the Cyber campus of La Défense in Paris, largely inspired by the Israeli model, wasraised. This partnership would foster close collaborations between France and the State of Israel.

Furthermore, ELNET France will encourage exchanges between Israel and France, notably for theInternational Cybersecurity Forum that will take place next June in Lille, an opportunity tostrengthen synergies between France and Israel in the field of cybersecurity.

ELNET will continue to monitor future political and commercial collaborations with the utmostattention.

All participants are likely to report to their respective authorities and encourage closer ties withIsrael on these strategic issues. 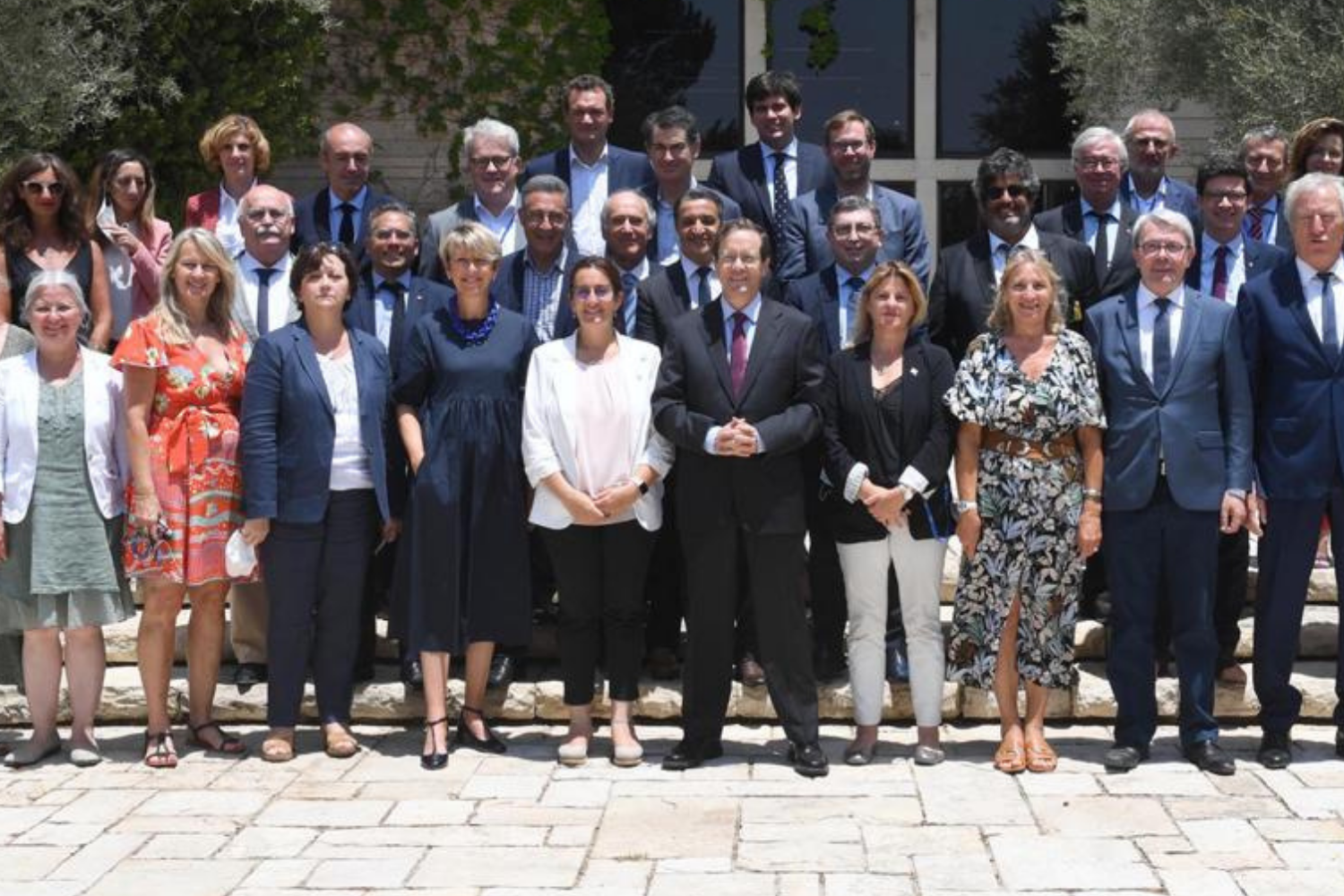 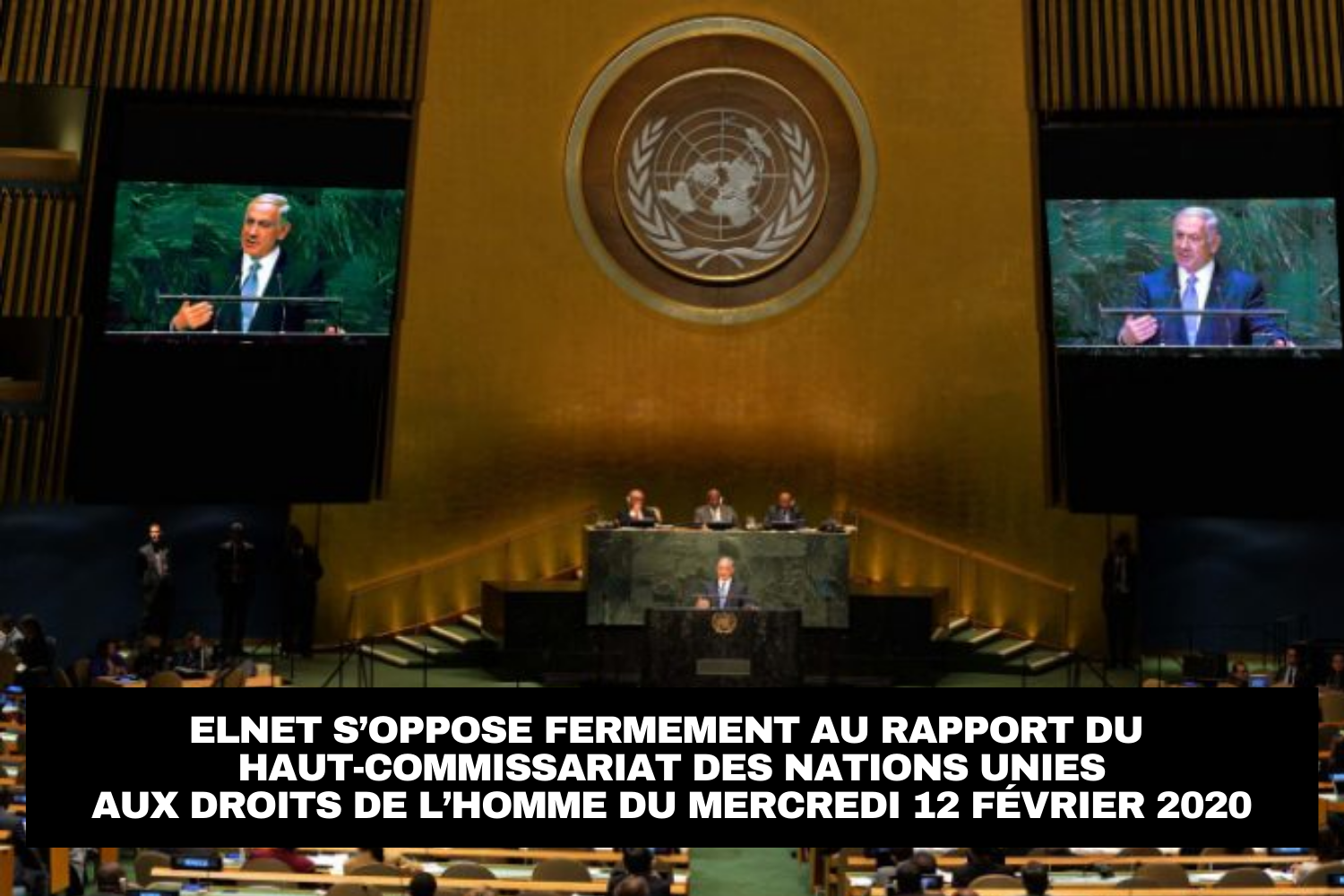 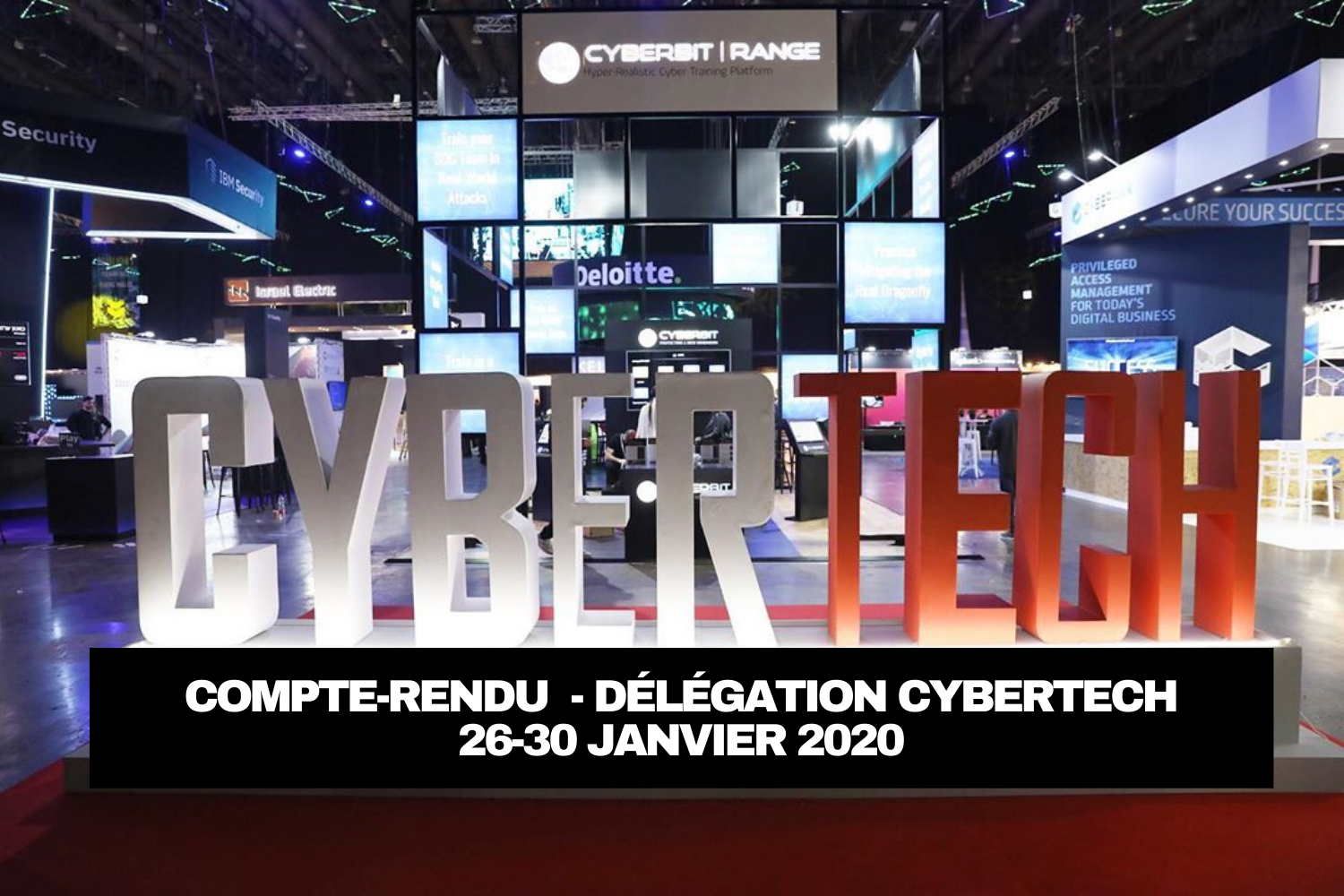